Colleen Bridger, MPH, PhD, Founder and CEO of Colleen Bridger Consulting started her career in 1990 working with a Migrant Farmworker Clinic in Eastern North Carolina. She then transitioned to working with international development organizations and North Carolina’s Division of Public Health. The bulk of her work, however, has been in local government, leading local health departments in NC and San Antonio. While in San Antonio she also served as an Assistant City Manager from 2019-2021 overseeing Health, Human Services, Parks and Recreation, Immigration and Equity. Throughout her career Dr. Bridger has tackled complicated issues like poverty, transportation, teen pregnancy, infant mortality, violence, youth smoking and childhood trauma. Her most recent assignment was as the Incident Commander for the COVID-19 Pandemic for the City of San Antonio.

She left the city in July 2021 to start her own consulting company focused on “Innovative Solutions for the Common Good”. In that role she works with non-profits, foundations and government organizations to untangle and address complex problems using a public health/ecological approach. She is currently working on mental health, public health and education projects. Prior to leaving the City of San Antonio she was one of several community leaders who led the creation of a County-wide Trauma Informed Care system. This system is comprised of a 600+ member TIC Consortium, a $1.2 million Institute for Trauma Informed Care and a Trauma Informed Care Certification process. She remains active at the local, state and national level advocating for Trauma Informed approaches, especially in large systems that work with children.

She has an undergraduate degree in International Development from The School for International Training, a Master of Public Health degree from The University of North Carolina, Chapel Hill and a PhD in Health Services research from The University of North Carolina, Charlotte. She is married with two adult children and is an avid hiker, enjoys French history and language, she also loves gardening, learning new things, traveling and spending time with her granddaughter, Eliza. 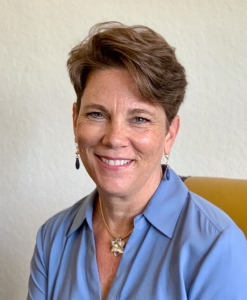 Prior to founding Warren Larkin Associates in 2017, Warren spent 24 years in the NHS, working predominantly with individuals and families experiencing serious mental health difficulties in the UK. Warren went on to lead one of the two national centers of excellence in psychological care for psychosis – chosen to share and disseminate innovative practice in first episode psychosis services (FEP). This initiative contributed to a case for change which led to increased funding and the introduction of the two-week referral to treatment time in FEP services in England.

Warren spent 5 years as Network Clinical Director, responsible for Children and Families Services across Lancashire. Warren currently is a Consultant Clinical Psychologist and is also Visiting Professor at Sunderland University where he is working with the Faculty of Health Sciences and Wellbeing, to develop their research program and training curricula for a broad range of health care professionals. Warren completed a 2-year tenure as the Clinical Lead for the Department of Health Adverse Childhood Experiences program and is now working with NHS Health Scotland to implement routine ACE enquiry in GP practices in some of the most deprived areas in Scotland.

He has a long-standing interest in the relationships between childhood adversity and outcomes later in life and has published numerous research articles on the topic of adverse childhood experiences, trauma and psychosis and published an edited book in 2006 (now commissioned for a second edition) exploring this theme. Warren has also been involved in policy development and has acted as an advisor to a number of UK and foreign government agencies. He was a member of the Children and Young People’s Mental Health Services National Task Force, the NICE expert reference group on first episode psychosis, the ‘Tackling Child Sexual Exploitation’ advisory group and was a contributing author of the recently published Personality ‘Disorder’ Consensus Statement. He is currently supporting UNICEF in the Western Balkans to develop trauma-informed policy and practice.

Warren developed the routine enquiry about adversity in childhood (REACh) approach as a way of assisting organizations to become more trauma-informed and to train professionals to ask routinely about adversity in their everyday practice. He is currently writing a book about trauma, adversity, and resilience and why we urgently need to focus on prevention in order to improve health and wellbeing for future generations.

Together, Warren and Becky launched the Global Resiliency Accelerator in February of 2021 where over 60 people from 11 countries joined the event.  Among these in attendance were professionals from Lithuania, Australia, Ukraine, Scotland, France, Canada, New Zealand, the US, Dublin and Wales.  The Global Resiliency Accelerator now meets quarterly. 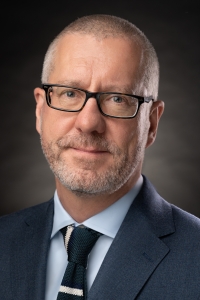 Although many consultants strive to create trauma-informed environments and guide leaders through  culture change, very few have successfully led their organizations through this process. Bonafide  experience is what sets Chuck Price and Blue Collar Consulting apart from the others. Chuck has filled leadership roles in several counties and private agencies throughout his 27-years working in child welfare and health and human services. Chuck’s career has been dedicated to making drastic improvements in the lives of children and families. He has been brave and selfless in his pursuit of  excellence, often pioneering pathways not yet traveled by his peers. He has served in leadership roles  within public and private agencies, in both urban and rural settings. All of this has provided him with a  diverse perspective and the ability to quickly understand and relate to challenges faced by leaders.

As a DHHS Director, Chuck led his department on a successful and transformational journey from  traditional compliance-based practice to becoming a legitimate trauma-informed agency. As a result  of his work recruitment, retention, agency health, and case outcomes dramatically improved. Under  his leadership, overall numbers of children living in congregate care were significantly reduced, and  at one point even dropped to zero! Chuck’s results and process gained recognition across the state,  the country, and internationally.

Chuck and the team he led in that county were selected as one of five jurisdictions in the U.S. to  participate in a 3-year Innovation Cohort. This resulted in a 12% overall decrease of youth in foster  care, and a 37% average decrease in youth in residential facilities. Recognition of Chuck’s leadership  didn’t stop there — from 2016-2018 he was elected by his peers to serve as the President of the  Wisconsin County Human Services Association. During Chuck’s tenure as President, he led the  association through an Organizational Effectiveness (OE) process focused on the Association’s  infrastructure and leadership development for Directors statewide.

Chuck and the cohesive team he built are living proof that a trauma-informed culture within a county  DHHS can be achieved. With the right leadership, a thriving culture can grow to build a place where staff incorporates hope and joy into their work every day. In turn, this environment results in incredible  outcomes for the children, families, and individuals served. Chuck started Blue Collar Consulting to broaden the impact of lessons learned so you don’t have to  start at the beginning. His passion is to help support brave leaders in their professional growth and  development, and to use his real-world experience to assist organizations in their trauma-informed  cultural transformations. 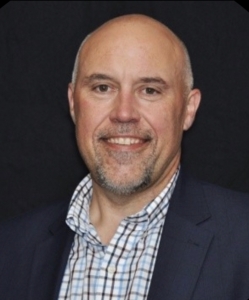 The Strong BRAIN Institute, founded through a 5-year gift from Ballad Health, is the preferred resource for promoting the awareness and empirical study of Adverse Childhood Experiences (ACEs); for promoting the development and dissemination of evidence-based practices that prevent, reduce, or mitigate the negative effects of ACEs on health and health disparities; and for promoting a trauma-informed citizenry and workforce in the Appalachian Highlands region and beyond.  The Strong BRAIN Institute team is available to provide organizational consulting, training as well as experience in conducting research and data analytics around ACEs science and trauma informed programming implementation.  Becky currently serves as a Strong BRAIN Institute Fellow. 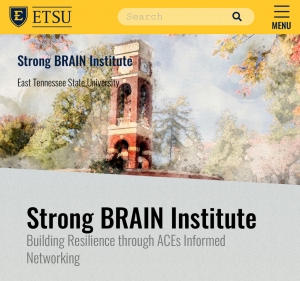 Since 1999, eTransX has been in the business of connecting diverse information systems to support a coordinated system of care for those with health and social needs.  As part of its solution set, eTransX offers a comprehensive, community-wide child and family well-being system (Wellbeing Care Community) that promotes thriving families, children and youth.

Wellbeing Care Community (WCC) enables well-being within the community by identifying specific family and children/youth needs, and facilitating coordination of community-based organizations’ (CBOs) program services to meet those identified needs. In the process, the WCC collects valuable information to track outcomes and evaluate what is working and not working to improve those outcomes.

As a cloud based, HIPAA and 42 CFR Part 2 (privacy regulations) compliant system, the WCC system can be easily and securely accessed by CBOs, participants and clients as part of a whole child, whole family, whole community approach to promote thriving families and children. In addition to supporting timely coordinated data sharing among its participants, WCC is also designed to easily interface with existing community-based systems as needed.

For more information: Call eTransX at 888-221-4971 or visit www. wellbeingcarecommunity.com